Working as Network Engineer give me several chance for traveling around Indonesia and other country. Therefore I list the airport that I ever stopped (in my opinion only).

The most interesting airport that I ever stopped is Changi Airport – Singapore. This airport is awesome, all of terminal offered me any services and good entertainment, very good design and attractive atmosphere.

The second airport is Kingsford-Smith Airport- Sidney, NSW, Australia. This is very shining and large, this is one of awesome airport after Changi.

The third is Suvarnabhumi Airport – Bangkok, Thailand. This is the new one, very shining and large but not as large and clean as Changi.

The latter are the list below, just an ordinary airport with some stuff and some of that still far from good.

My journey still continue and will see another airport around 🙂

Today I start second week on IPexpert Bootcamp, seems good and exciting. Face another incredible sessions with Mr. Vik Malhi, our instructor for CCIE Voice Lab Bootcamp. He very experience and have a deep knowledge around the voice technology, it’s really countable to be there for preparing the CCIE Voice Lab exam.

Doing the bootcamp here gave me another spirit and confident to do the Lab Exam.

Today is my last day of first week here. I am very satisfied with the content of bootcamp and the instructor capabilities. Mr. Vik Malhi play the knowledge around the deep knowledge of CISCO Voice technology, all the material and content delivered very well and excellent.

Next weeks I will attend for another bootcamp for Voice in IPexpert again, yeah… I take 2 weeks bootcamp as component of end-to-end solution package offered. And this package offered with an awesome cheap price.

I hope could passing the exam and get the double for my certification, and I quite confident now after attending the bootcamp on IPexpert.

Either I could pass the exam or not, I just want to say if IPexpert offering a very amazing bootcamp and I would recommend this company to all of my friends that do preparation for CCIE lab exam.

I go to San Jose for 2 weeks for preparing my CCIE Voice Lab exam. I attend IpExpert bootcamp courses here.

First, that is not really exciting to be here, it’s not about the course but about the food. I am stress out because can not found food like plain rice with the simple fried chicken here. I eat the sandwich, burger, and all the beef stuff food each day.

Second, this country really far from my home, I spent almost 16 hours on the plane for get here. Jet-lag is one of the condition that I avoid, because I hate the jet-lag.

Third, it’s very cold here, maybe for the citizen they fell fairy-warm right now, but I am not the citizen and I came from very hot country.

And the last, My wife pregnant and I can’t passed my day without missing her.

This all of my sacrifice and became a reasons for me to fight and passing the exam. 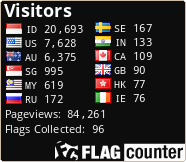